Coaching is The Success Algorithm

The Secret to Winning in Life

The Secret to Winning in Life
– by Coach Colle Davis 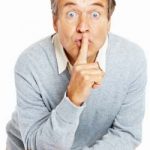 There is a secret for living a fantastic life and only a select group of people know about it.

This well-kept secret is not easy to explain well enough to hand to others with ease or simplicity, but I’ll pass along the highlights.

In a nutshell, the expression ‘life is a game’ is true if you are willing to accept other people’s rules.

The real Game for winning at life is different, and anyone willing to step up and take the risks and put skin in the Game, will win.

It’s true, the Game has no rules except those who are willing to accept them.

The Game has a set of givens, a set of preexisting conditions called presuppositions. These presuppositions are conventions that are used in communication in order to have common reference points for basic communication. An example is a map of the United States, but the map itself is not the United States, it is a representation, and we can both agree to use it as such. This also gives us the reference that the map is not the territory and by accepting this, we are, by definition, accepting our being limited by the information made available to us. 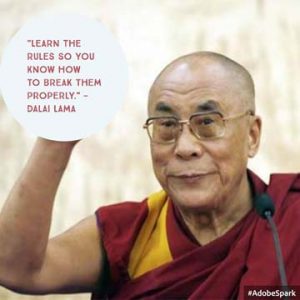 Even if you don’t like the presuppositions and don’t want to use them, ignoring them is at your peril and very much to your detriment.

This is not about rules for you, it is about learning the Game and learning how other people rules govern and restrict them.

My personal mantra is, “Tell me your rules and I’ll beat you at your game every time.” This maxim is based on the premise that you are restricted by your rules. I am not. By knowing your rules I can adjust my behavior to achieve my outcomes because I know your restrictions and I will use them against you. If you listen carefully, most people will explain their rules to you in great detail because their rules are so important to them. After they take the time to tell you all of their rules, thank them, and use their rules to your advantage.

People who are at the top (or, on their up) always have a group of loyal, dedicated followers who fill specific roles with their expertise. From the earliest historical writings, to the most recent elections and power struggles around the world, the people who succeed have carefully built their cadre of support people, because coups are not achieved alone. You will need to find and train your Court and support personnel to help leverage you to the top.

Learn to use every facet of the Game to your advantage and to the advantage of those who want to be part of your trajectory and glory. Have each person in your ‘gang’ accept that their job is to find the best people to accomplish the goals for the group and make you look good. Loyalty pays huge dividends, so learn to cultivate and generate it. 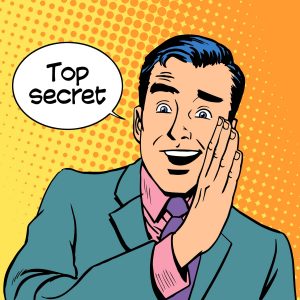 This invaluable information is based on what works. Having watched the Game as an executive coach from the inside for more than thirty years as a trusted advisor to top people in corporations and government organizations, I’ve seen (up close) how it works. The Game applies everywhere. Whether it’s played by an elected official, a federal employee, a gang leader, a school board member, an HOA rep, or someone in a position in the corporate environment where they yield power at the group, division or corporate level, it’s all the same Game.

There are no rules to the Game. In case you forgot.

Coach’s Note: When you decide to become a Player you choose the playing field, the ball, the uniforms, the spectators, the referees, the supporting players, the schedule, the rewards and the celebrations. It is more fun to play the Game this way, because you get to help make up the plays and the rules others believe they have to follow.

One more time. There are no rules even though there is a Game being played.

To become elegant and dangerous at playing the Game hire a top executive coach. Call me to set up time for a free session: Coach Colle Davis, 804-464-3532 (EST).