Return to About Us 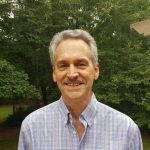 Colle Davis is an Executive Coach to Senior Executives in Fortune 500 Companies and startups.

He is available for Board of Director and Board of Advisor positions.

In addition to coaching leaders in business, Colle Davis’ is also a well-rounded entrepreneur, a widely published author, inventor of aquaponics technology, and the business owner of four global companies including an online university.

For thirty-five years he has dedicated himself to individuals in leadership to enhance and leverage their performance to maximum levels of productivity as well as personal rewards.

He is famous for nurturing leadership skills, talents, abilities and contacts to advance a leader and enhance their company’s future and their own future. Executives who are exposed to Executive Coaching with Colle Davis become more valuable to their company as they use and teach their new skills to their reports and others. The coaching and training he offers is known to foster internal mentoring and succession planning that enhances loyalty and deepens corporate culture.

The teachable skill include:

Coach Colle works primarily with individual clients in weekly phone-coaching sessions and focuses on their objectives to keep their careers on a fast-track. They learn to clarify their goals and outcomes and strategize their allocation of resources while assigning competent parties to tasks, projects and campaigns necessary to achieve their expected success.

He also works as a facilitator for New Leader Assimilation. The New Leader Assimilation Program is a six-step process that offers a new leader’s support staff an opportunity to ask an array of questions to their new leader while giving their impressions of their new leader in a safe and supportive environment. It uses the fastest and most effective resources for creating working teams. It may not be magic, but the immediate results seem like magic.

His specialty is individual communications skills, team building and group dynamics. Colle is a popular speaker and trainer on the subject of succeeding in the corporate environment.

His company has strategic business partnerships and alliances to ensure the needs of their clients are met with people who are known and trusted.

Coach Colle conducted a twelve-year research project tracking over 200 corporate executives from forty-different companies in twelve-separate industries that yielded amazing findings released in 2004. The results of the study are used in Colle Davis’ Behaviors of Success Program.

He is a past member of the Association of Strategic Planners, the Los Angeles Venture Association, the Society of Competitive Intelligence Professionals, and Rotary International. He continues to attend numerous other organizational events to remain current on trends and events.