The Perception of Privilege

Only 5% Sort for Success

Only 5% Sort for Success
– by Senior Level Coach, Colle Davis

Leaders see life differently than others. Their difference is their unique fingerprint on the scale of success.

Can a leader’s path to success be quantified so it can be duplicated? After coaching top leaders in business for more than three decades, I’ve identified a fascinating characteristic in leadership that deserves to be explored. They see the world by 1) sorting for what is not supposed to be there, 2) or by identifying something that has changed in a situation. 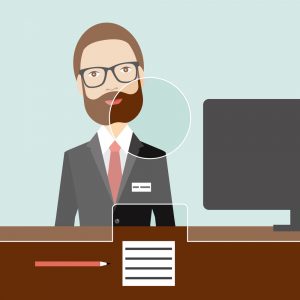 Same:Same
One mental process of sorting a shifting environment is safe is called same: same, and between 75 and 85% of the world uses this technique to feel safe and comfortable. They want everything to be the same as it was yesterday or ten years ago. These are the worker bees of the world. They come to work the same way. They eat the same lunches, wear the same type clothing and they become confused when you give them a new task without explaining that it is the same as earlier tasks that will produce a different outcome. We need them and love how they get things done. 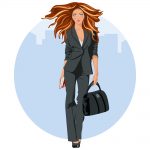 Same with Exception
About 15% of the population sort for same with exception, and they want the world to look the same with an occasional difference for flavor or to break the monotony. Managers often use this sorting pattern and are more flexible because they can accept differences sometimes. 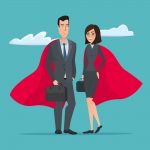 Sort for Differences
The remaining 5% of people sort for differences. This small set of leaders looks for what is different in everything. They sort for different clouds, different sounds, different colors, different smells and anything else they have experienced or have seen before but is different than what they have seen before. Coincidently, this group is also the most successful in life because they see more opportunities earlier than anyone else. Their vision of the world is checking everything and comparing it with what was there a moment, an hour or years ago. The differences they see are an opportunity or ‘filling in’ with a knowledge gap or adjusting their behavior to take advantage of the change. They are highly flexible. 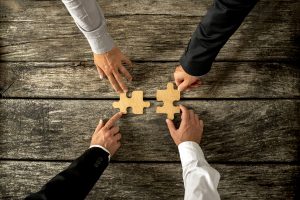 Here is the question that has bothered me for years: Can the characteristic sorting for differences be taught to and can it be learned by a person who does not currently do it naturally? This question keeps me up at night and I ask my clients and friends if they know the answer. It has prompted some interesting conversations. After months of discussions and qualifying various viewpoints, I’ve concluded that if the person wants to succeed with a burning desire, they will experiment and become aware of sorting for differences by performing one simple task in a new say, starting today. If not, it’s clear they cannot learn this defining characteristic because it violates their deepest beliefs about how the world operates.

1) Before attempting the redo regarding your sorting pattern, there must be an awareness of what you want for an outcome. Knowing where you are going focuses and leverages your energy. It requires a value proposition with a greater upside than downside, or you will not get the results you say you want.

2) Step two involves doing something, anything, differently. Seeing the problem is part of the process, doing the exercises move the changes into your body. Seeing is like talking about something. Doing is integrating this new perception into your body’s knowledge and wisdom.

“Can you take a different route to work?”

“Can you shave from the other side of your body?”

“Can you drop a single word out of your vocabulary for a week?”

Think through each of these questions and see if you will start here in order to double your income in three years. Is that enough of an incentive to inspire you? 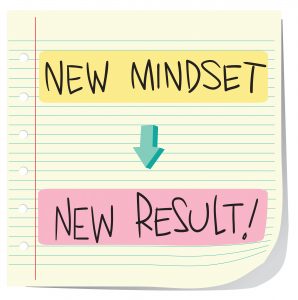 Here is the telling part of this exercise. The same 5% of top leaders are the ones who are willing to make the changes. In my thirty plus years as an executive coach and personal strategists, I have seen dozens of people grow into sorting for difference. They wanted their outcome with dedication; they put aside their initial hesitancy and learned to embrace risk and flexibility.

As a Senior Coach, the tragic part for me is seeing those who profess the intelligence and desire for a better life refuse to take the first simple steps to see the world differently.

For a strong nudge and more techniques for success, contact Colle Davis EMAIL or 804 467 1536. Be forewarned, a twenty-minute conversation with me will change your life, or not.