Asking For and Receiving a Raise

Asking For and Receiving a Raise
By Coach Colle Davis 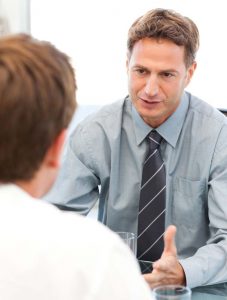 Asking for and receiving a raise is a process and requiring you to follow the steps to get the raise.

1) Realize that you set the rules of engagement. Any fears or trepidation are addressed before you ask so your energy is focused on your outcome because you are following your script.

2) Your boss has years of practice saying ‘no,’ and you can expect ‘no’ to be their first response. You are going to use that initial response against them in your negotiations.

3) Focus on your outcomes: money, benefits, and any others and create a flexible schedule for getting each of them. This process requires several months to get results. The company line of ‘we only grant increases on an annual basis’ is not true, and everyone knows it is the official spiel to discourage people from asking for more money. Feel free to ignore it.

4) Write out and present how you bring value to the organization by noting your specific behaviors and production output. Next, discuss the common grounds of concern for the company and then ask for a high and unreasonable raise. The shock value of the ask is to set up your boss for the next step.

Here is the reason for the high ask:

The Law of Reciprocity is how humans respond to unreasonable requests. 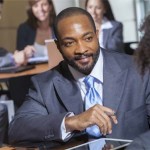 Humans are hard wired to give ‘back’ to people who have helped them. At the same time, they may reject unreasonable requests out of hand.

5) The next part of the progression demonstrating how you bring significant value to your company. Ask your boss how they see your role in the company moving forward.

6) Ask for a high, but not unreasonable raise, your boss will struggle, pause and make excuses. STOP talking until they ask you a question. If they don’t ask a question, let them suffer in silence.

The most effective use of this exercise is to practice this strategy every three months.

True, you will not win every time, but you establish your value to the company. If you are asking for a raise, the perception becomes you are probably worth whatever you are asking. Asking means you know your value and they are very quick to agree because it takes no energy on their part and it costs them nothing. What do they get out of it? A loyal employee who works hard and demonstrates value each day. Great deal for them. And a fantastic deal for you.