Wake Up. You Are NOT IMPORTANT TO OTHER PEOPLE

How Much is Your Opinion Worth?

The Knight Dismounted
– by Colle Davis

The present and future of a former great power. 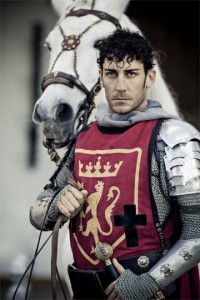 The Knight stopped his horse and sat quietly for a moment.

He was a big man, handsome and slightly battered sitting astride a beautiful and powerful war horse.

Amidst creaks and groans of metal and leather from his equally tired horse, he slowly dismounted and then stood beside the horse. His helmet under his left arm, the reins in his right hand. He stood still and he was quiet, leaning his head against his horse’s shoulder. They were both weary, drained and in need of a long rest or at least a respite from the unsustainable grind they had maintained for so many years.

He knew his days as a Defender of the Realm were over. In fact, the realm was over. The world had moved on, and his time in the saddle as a warrior on the front lines was over. The need for men like him had passed, gone in his own lifetime. Maybe it had happened a little earlier than he would have liked, but it had happened. Those in power no longer needed him or his horse or his skills or his armor. He was no longer relevant and his awareness of this struck him all the way to his core.

“How had it come to this?” he wondered. His had the great fortune to have lived in such a great country with access to such great wealth, such amazing power and, yes, to such arrogance and stupidity, at the perfect time in history for a man like himself.

“Ah,” he thought to himself, “. . . nothing goes on forever.” He had prepared himself over the last few years at least to some extent to step down from this young man’s job but he had no idea that his country would be stepping off of the world stage as a former leading actor and power broker. He had never considered that possibility and it frightened him.

How could his country possibly survive as a ‘has been’ in the world of rising bright stars and immense wealth and power? He was beginning to understand that it would have to survive the same way he would have to live the rest of his life, in a supportive and subservient manner to keep food on the table and a roof over his head.

Again, he bowed his head and then after putting his helmet aside, he began to remove the saddle and bridle from his big horse. He was an honest hardworking man with a nice sturdy house a short distance away on a small farm. He was not injured or sick, though he had been both in the past. He was not alone, he had a wife who loved and cared for him over these many years and who would be preparing him a meal at this very moment. He was not without means, he owned the small house and he had enough money and assets to provide a comfortable life for himself and his wife. He was not unhappy because he was alive and in good health and that did make him happy. 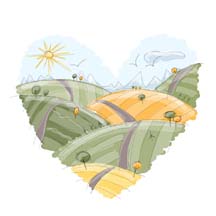 His world, the one he believed in, fought for, helped build and loved deeply, was coming to an end and yet he had many years to live.

The death of his ‘beloved’ was happening and he was a witness to the awful end to a great power. What does one do when their world is taken from them and replaced with a truly untenable new regime? There is no work for his polished skills. The skills and weaponry he possessed were out dated, ineffective, and dangerous to use in today’s fierce battles.

After wiping down his horse and turning it out in to the pasture, he stopped again and for the first time realized that he was not prepared to quit or give up. The difference now was that he was also not willing to support the corrupt regime that was now in place. The answer he had avoided for so long was suddenly ringing in his head, find a new home.

He’d find somewhere that was warm, gentle, friendly and where he and his wife could be themselves, not fighter or defenders of ugly demeaning beliefs and laws. It would be a place that would welcome their wisdom, talents and energy very much as this community had welcomed his family so many years ago. It was not the community that had changed so much as the rules had changed and the community was now not where he wanted to live.

Moving inside to wash up for dinner, he called out to his wife and was surprised to see her step up to meet him with a big smile. She said, “Let’s find where we belong, we have stayed here too long.”

He hugged her and wept.